Help us fund our slow journalism!

A project like this takes up a lot of time and of course money. To achieve our goals we depend, amongst other things, on small and large donations. The donations we ask for are only to cover our expenses and to produce specific features. We generate our income with the sales of publications in magazines and other media.

If you think our work needs to be supported you can decide to help us with a donation. The amount you donate is up to you. The procedure is simple and safe through PayPal. If you prefer to use another way, don’t hesitate to contact us by email: donations@disputedwaters.com

You can donate for the project in general or you can decide to support a certain river, if you find a certain river more interesting and you think we should cover it first let us know! We cannot guarantee we will go there first (unless we really get that financing done first) but we will definitely listen to our supporters.

So what’s in it for you?

Of course you are helping us to continue with this great project, but we also have a few extras to say thank you to our supporters.

As you may have seen on the home page, we have small gauges under each river. They indicate what percentage of the costs for that specific river has been funded so far. If you have a preference for one of the rivers, you can decide to donate to that one specifically. We can not guarantee we will use the money only for that river, but we will definitely listen to our supporters. So if there is a very strong preference for one specific river, we will see how we can adjust our focus.

Below you’ll find a short description per river about what issues we want to cover and what our travel planning is for each river.

We have already visited the Colorado three times in 2009 and 2010. We would love to go back once more to make a mini-documentary about the river. Featuring some of the people we’ve already portrayed in our stories and images.

The Nile river crosses nine different countries in the northeast of Africa. The Blue Nile originates in Ethiopia and joins the White Nile in Khartoum the capital of Sudan. From there is crosses the border into Egypt to the north. The White Nile passes Burundi, Rwanda, the Democratic Republic of Congo, Uganda, Kenya and Tanzania before it enters Sudan. Jeroen and Ronald visited Egypt on a short research trip in april 2011.

They met several specialists in Cairo, talked to farmers in the Nile delta and spent a day with fishermen in the Nile Valley. They managed to finance this trip with some assignments they did for Dutch magazines. Celia and Jeroen are now busy preparing a trip to Ethiopia that they want to do in August or September. Any support for this trip would be more than welcome. You can email either of them with questions about their plans. mail Celia or mail Jeroen.

The reason we start with these countries is because tension between these two countries (and Sudan in between) is highest since 90% of all the Nile water comes from the Blue Nile that originates in the Ethiopian highlands, but the country is not allowed to use any of its water according to a colonial treaty. In a later trip we will hopefully visit the headwaters of the White Nile as well.

The Jordan River is one of the first rivers that comes to mind when you think about water conflicts.

The most important river of Southeast Asia originates in Chinese Tibet after which it flows through Yunnan State before becoming the border between Burma (Myanmar) and Laos. It also forms the Laos-Thailand border for a long stretch before it passes through Cambodia to end its life in the Vietnamese Mekong Delta. The river has an enormous economic value to all countries, but mostly to the lower basin states Cambodia and Vietnam. Chinese plans to build several large dams in the river’s headwaters will seriously endanger the rural and fishery economies of these countries.

Ronald and André visited Cambodia and Vietnam in May 2011 where they made a video and several photo series about the life of fishermen and farmers in the Tonle Sap Lake region in Cambodia and the Mekong delta in Vietnam. They are planning to return to the Lake in October 2011 when they will continue north all the way to Yunnan.

They managed to finance part of their trip through donations. They published a pitch on the website www.kickstarter.com. They set a goal of 2500 UD$. Unfortunately many supporters didn’t like to donate by using their credit card over the internet and transferred their donation directly to the Disputed Waters bank account. So while on the Kickstarter website they didn’t reach their goal, in reality they did. One lesson. From now on we will only approach people with crowdfunding requests through our own website.

If you want to know more about the motivation of ronald and André for the Mekong trip you can see their short video where they introduced themselves and the project:

The Rhine is internationally seen as an example of how a river should be managed and this is also the way we approach the river. We focus on its problems throughout the last century and how these were, and are being, solved on the negotiation table. 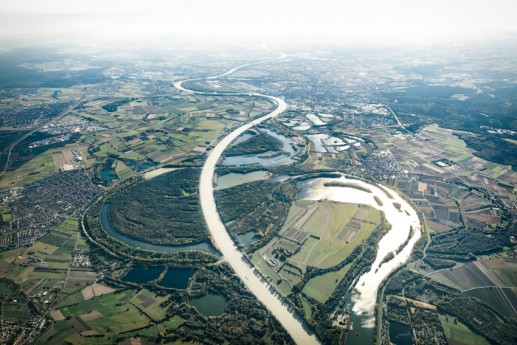 Johannes and Olivier have already made several trips along the Rhine. Soon we will start posting some of the work on the site. But they still have a few trips to make this year to complete the work.

Subscribe to Disputed Waters and receive a newsletter several times a year. The newsletter informs you about the changes on the website, interesting publications and upcoming events. It also gives you special deals on certain products we may have for sale.