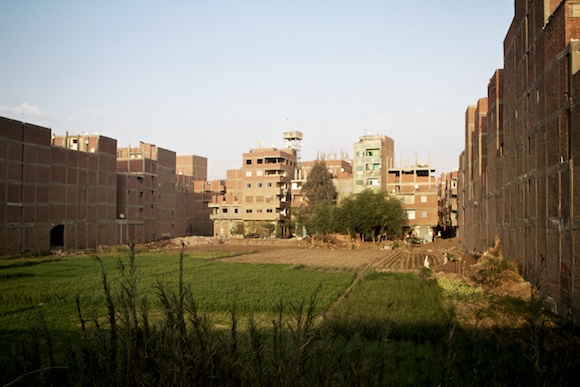 Just a few more years, according to a recent Egyptian report, and then, in 2017, the demand for water will exceed the supply in Egypt. How to avoid such a situation?

Different options became clear to us during the past ten days in Egypt: more efficiency in water use, especially in the field of water irrigation. Further: agriculture in the desert will at some point find its limits, and those limits might have been reached already.

Other, but not really sustainable options: desalination of sea water (costly) and usage of deep aquifers in the desert, the last option being highly complicated because of possible negative side effects.

International options: getting more water from other Nile Basin countries such as Sudan and Ethiopia. Digging the planned Jonglei Canal through the Sudd marshes in Sudan? Brrr, this definitely does not sound like a good plan to me, but we’ll look at that option during another research trip, probably in autumn this year.

Okay, then there seems to be only one option left…. you know it: go to war. The former Egyptian Minister even mentioned this option during an international meeting in 2009, but the revolution has luckily brought some positive changes: the new Minister of Water in Egypt, Professor El Atfy, is a very knowledgeable man and not likely to use such language in the future.

A final option is a sort-of taboo, not really discussed yet in Egypt, but unavoidable: putting a break on population growth. The 55,5 billion cubic meters of water that Egypt receives on an annual basis from the Nile, had to be divided between 20 million inhabitants fifty years ago. Today, there are more than 80 million Egyptians for the same amount of water and in a few decades there will be roughly 150 million. We love Egyptians! But somehow birth rates seem to be out of control.

Alright, our planes will bring us back to Berlin and Paris in a few hours from now. It was fun to be here, and it was fun to have you as readers. Let’s keep in touch, we’ll be back soon!