Bob Munson is one of those people you know when you live in Boulder, a friendly, small university town in Colorado, on the outskirts of Denver. In an earlier life, he earned a fortune in engineering. Nowadays, he’s a farmer, and a busy one.  But once you’ve got hold of him, he’s unstoppable. Come by at his food stall just outside of Boulder and he won’t stop talking about the sweet corn he grows, the melons, the zucchinis, the eggplants, the tomatoes and all those other vegetables on his 120 acre-farm. `This is best place in the world to live. And for farming it’s perfect here as well´, says the large, blond-haired farmer, who grew up in Illinois. 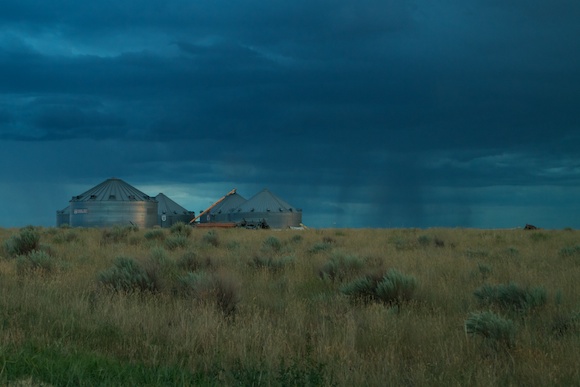 All that farming in Colorado is only possible with sufficient water. Although Boulder depends on the South Platte River, which has its basin on the eastern side of the Rocky Mountains, water politics in this part of the USA are very much influenced by the Colorado river, since roughly half of the water used in Boulder is transferred here from the other side of the Rocky Mountains. That means, a lot of water in the Boulder area comes from the Colorado river basin. And in that river basin area, just as in the South Platte river basin, pressure on water is increasing. Population growth has been enormous over the last decade, and users are competing more and more. ´Luckily, the farm land I have has very senior water rights, dating back to 1859`, says Bob Munson. That means, that Munson usually has sufficient water for irrigating his crops.

According to him, most of the pressure on the water in the region comes from municipalities. `They are willing to pay enormous amounts of money for water, up to ten times as much as farmers can pay`, according to Munson. `Most municipalities prefer new industries or housing instead of farming. The city of Boulder is an exception to this.` 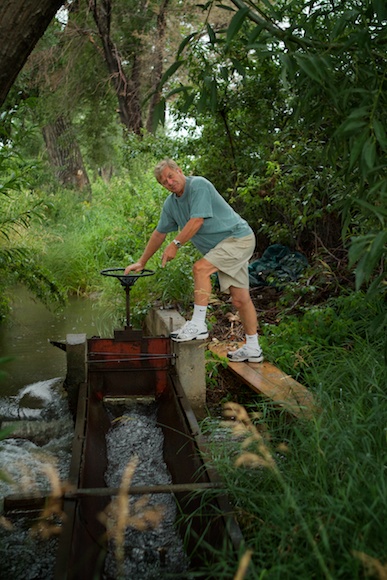 Munson does not really believe in climate change being one of the main threats for water availability. `It might even lead to more rain, because higher temperatures will lead to higher evaporation and all that water has to come down again somewhere.´ Another thing which cheers Munson up, is the pine beetle invasion all over the Rocky Mountains. Over the last years, beetles have killed billions of trees in the Rockies. `All those trees suck up a lot of water, which they do not need when they are dead. So I do not see problems there.´

Munson knows however, how tense things can get if water becomes scarce. `In 2003, we had a severe drought. At that time, people were ready to fight over water. One day, I saw my neighbour just about to open one of the irrigation ditches, holding water for my land. We got into a big fight and I was really afraid because she had these two big Mexican guys with her.  She started yelling at me: `You want all your land green!’ Well yes, because I had paid for the water. It was mine. It is great to have your own land. And it is great to have your own water.’